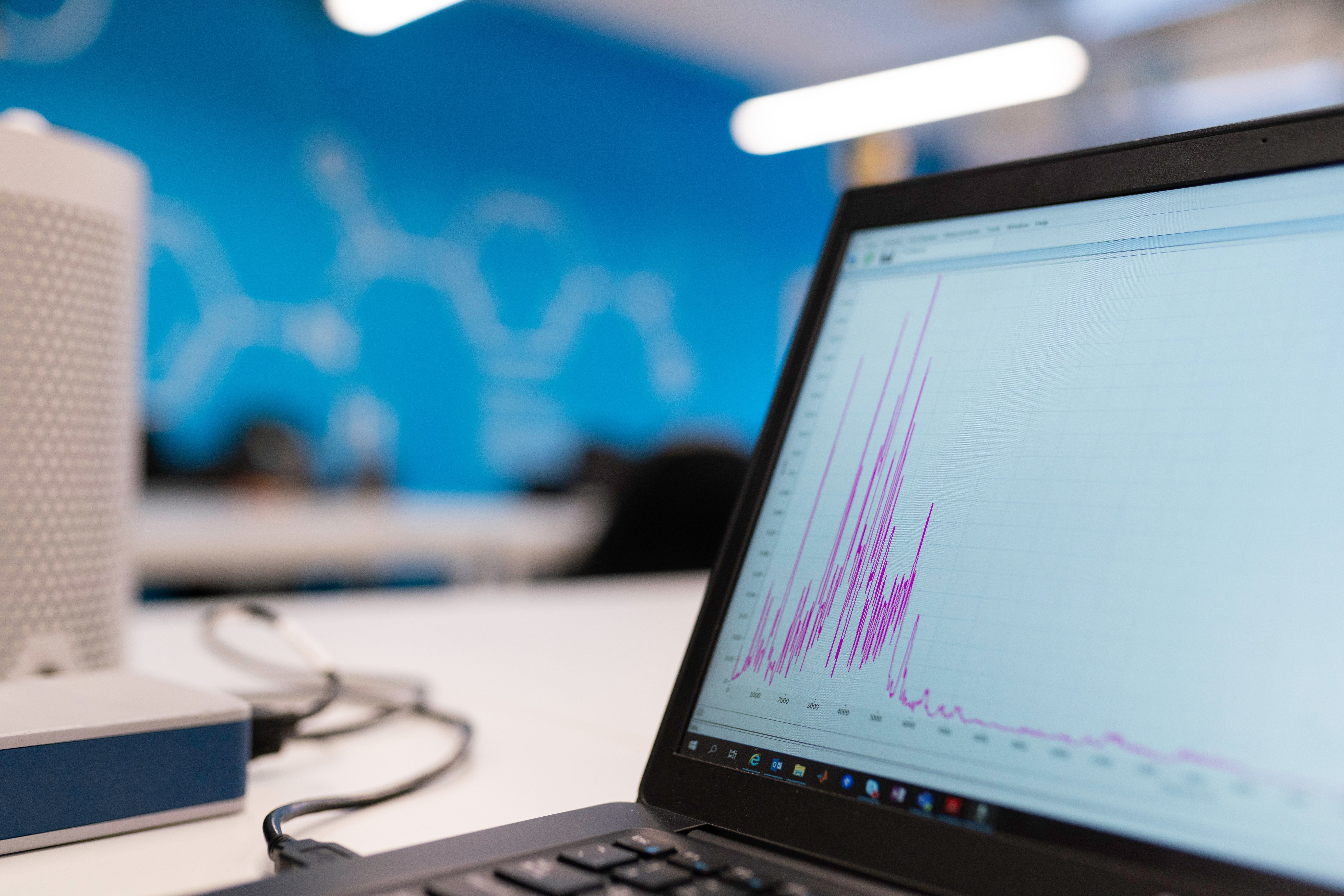 By David Accomazzo and Clemens Kownatzki

As a follow up to our piece on the problems with technology stocks, we’d like to discuss another angle that is often overlooked: Concentration risk within a portfolio or within an index.

A trader might say: “Who cares about portfolio risk…I’m just trading in and out of the market.”  Not so fast! Traders often use index products in the form of futures or exchange-traded funds (ETFs) on various indices to either speculate or hedge assets. And to better appreciate the nuances of these index products, you can take a look under the hood at their components and weighting methodology. Historically, indices have been created to provide an overall view of how a particular market is doing. With the advent of mutual funds in the early 1900s and the ETFs that emerged in the 1990s, investors had an avenue to diversify by easily investing in hundreds of companies via a single share.

The mantra of Harry Markowitz’s Nobel Prize winning work on portfolio theory* was that risk could be mitigated through diversification. Diversification can be found through investing in a collection of relatively uncorrelated assets that, albeit, trend in the same direction in the long run. One of the difficult parts of this idea is in finding optimal weights within that portfolio that generate the highest return for a given level of risk. Skipping the math for now, know that portfolio managers use an optimization tool that minimizes the overall variance or volatility of a portfolio.

There is a tacit assumption that one can easily achieve diversification by investing in an index fund such as SPY or QQQ. SPY tracks the S&P 500 - the major benchmark for US large cap stocks - whereas QQQ tracks the NASDAQ 100 - the major benchmark for US technology and growth companies. You’d think that investing in as many as 100 stocks should provide plenty of diversification, however, examining this further yields some interesting results. The construction of some indices can lead to problems when it comes to diversification. Many indices today are market-cap weighted, meaning that the stocks with the greatest market capitalizations have more influence over the performance of the index given their larger weights. At the start of 2005, the top ten stocks in the NASDAQ 100 accounted for about 39% of its weight. 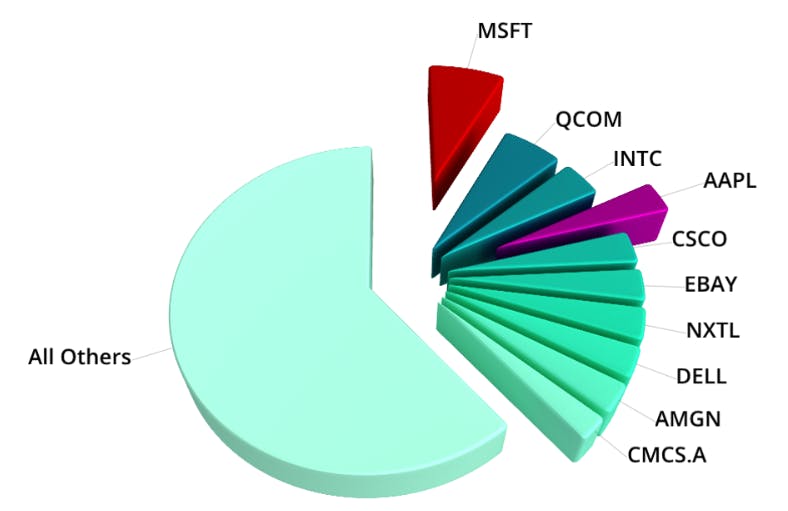 Fast forward to 2022’s commencement, and the top ten stocks comprise almost 55% of the weight of the entire index. Apple and Microsoft alone represent almost 23% of the NASDAQ 100. Why could that be a problem? At first glance having more of your investments in the top performing companies may not be a bad thing, and it’s certainly not a bad thing in a bull market where the leading stocks can grow exponentially. Most likely, few would argue that having a big chunk of their money invested in the likes of Apple and Microsoft would have been a mistake over the past decade. 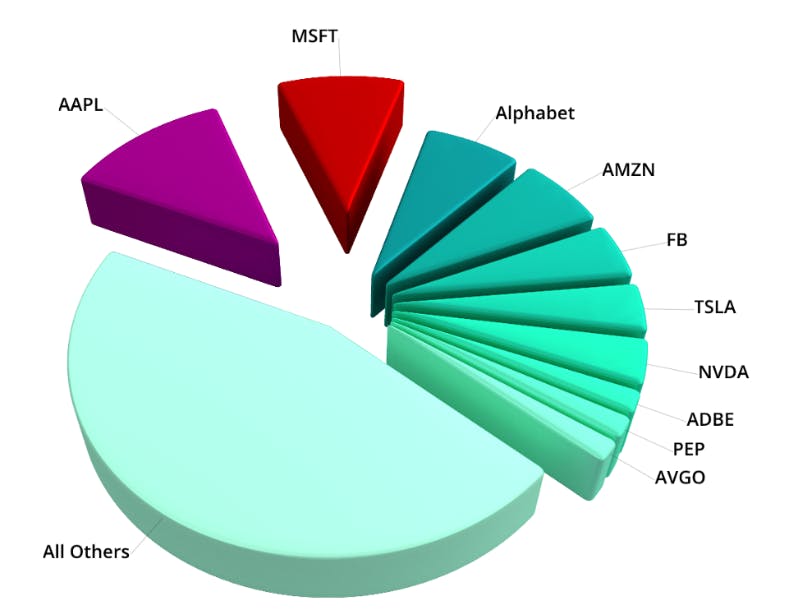 However, when market dynamics change and the previously super successful companies experience economic headwinds, it can also bring down an entire index much faster than would normally be expected. A large concentration in just a handful of companies doesn’t provide the diversification that would normally be assumed by investing in 100 stocks, especially when the concentration also happens to be in one specific sector. The large concentration in just a handful of stocks is one reason that the recent market drawdown has been so fast and painful. As of May 17th, half of the -13.7% correction in the S&P 500 Index came from 8 companies: Microsoft -1.21%, Apple -1.15%, Amazon -1.14%, Alphabet -0.79%, Meta -0.74%, Tesla -0.68%, Nvidia -0.67%, and Netflix -0.44%.

There are alternatives to market-cap weighted indices. The Dow Jones Industrial, the oldest of the US stock indices, is a price-weighted index of just 30 blue chip stocks. Though it may seem less diversified at first glance, it is actually less volatile than many of the indices with 100 or more companies primarily because of its price weighting methodology. There are also equal-weighted indices. As an example, the Small Technology 60 Index (STIX) is equal-weighted and thus does not have the same concentration risk as the NASDAQ 100, for instance. The equal weights give credence to the notion of spreading risk more evenly. 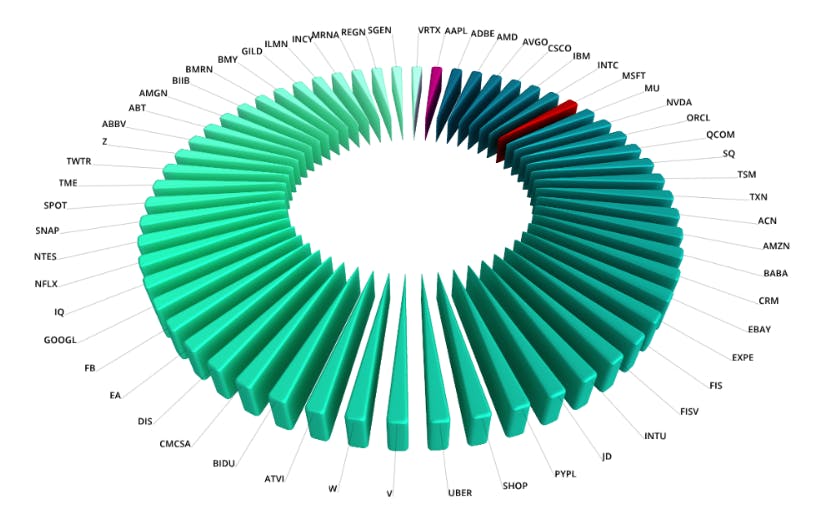 Whether you’re a trader or investor, it still pays to understand how some of the indices you’re accessing are constructed. If too many of the same or similar stocks are in your portfolio, you’re essentially putting all your eggs in one basket. The value of diversification may sound played out or cliched, but cliches are cliches for a reason.

Need a succinct guide to getting started with futures? Check out our Beginner’s Guide to Futures!

Probabilities are Accurate Until They Aren't

Anatomy of a Losing Options Trade

Pairs Trading: How to Get Started

How Does the Fed Affect Markets?

Steps to Defending an Options Trade Will Euro Reach Parity with US Dollar?

Currencies are known to be less volatile assets than stocks or commodities, but the euro currently rests in a quite precarious position relative to the US... Why Do Futures Exist?

Futures trading is primarily done with a short-term time horizon in mind, as derivatives traders use their leverage to enhance returns on strategies like day... Eurodollar futures present one of the most popular benchmarks for short-term interest rates, and they're currently showing an inversion. Frank helps define...

The Small Exchange, Inc. is a Designated Contract Market registered with the U.S. Commodity Futures Trading Commission.  The information in this text should be considered general information and not in any case as a recommendation or advice concerning investment decisions.  The reader itself is responsible for the risks associated with an investment decision based on the information stated in this material in light of his or her specific circumstances.  The information on this website is for informational purposes only, and does not contend to address the financial objectives, situation, or specific needs of any individual investor. Trading in derivatives and other financial instruments involves risk, please read the Risk Disclosure Statement for Futures and Options.